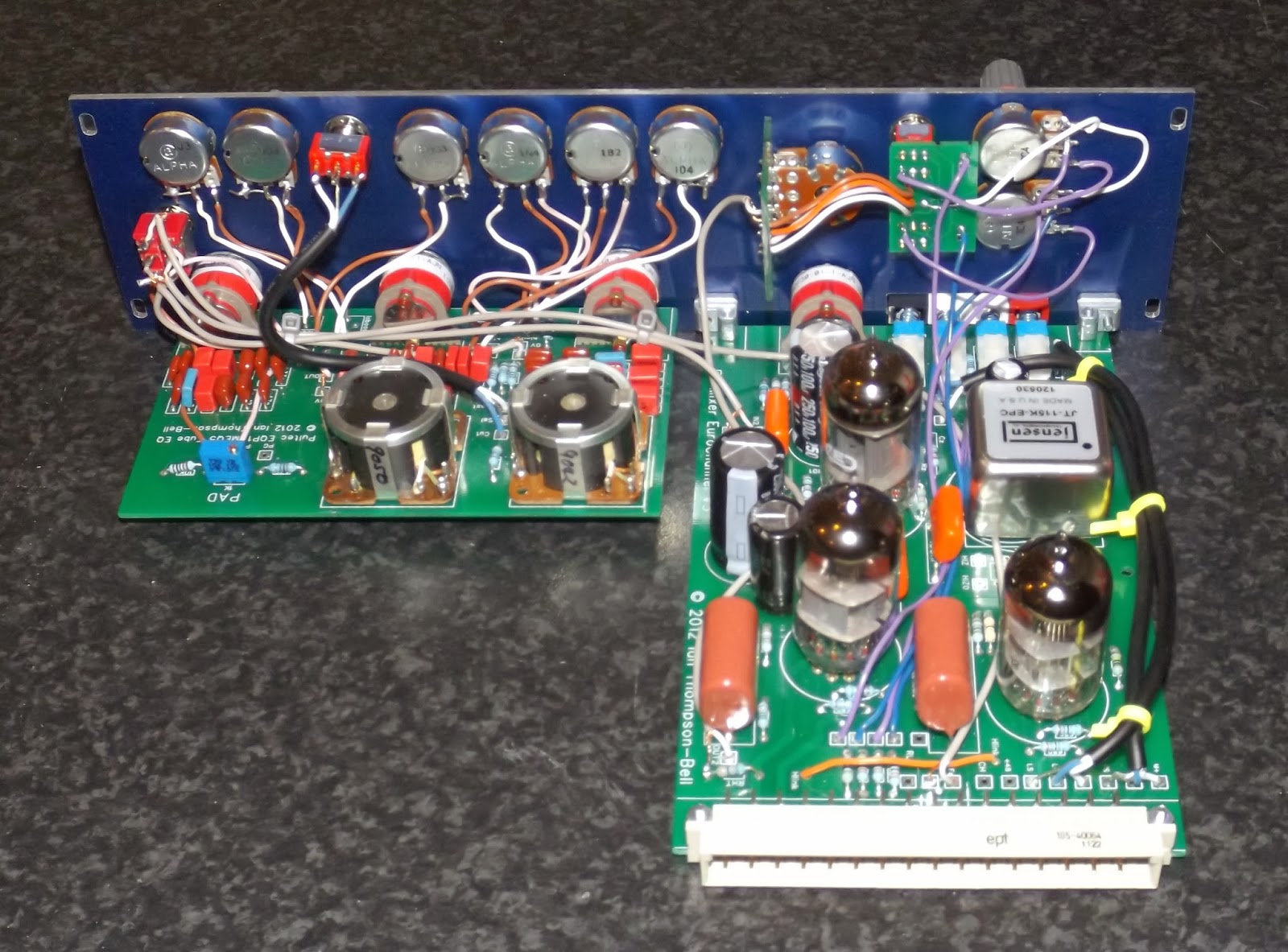 I have now finished building the Pultec channel module. The overall topology is the same as the Helios 69 channel amplifier described earlier, the only difference is in the passive EQ. The Pultec EQ is based on the EQP-1A with an added mid boost/cut. This EQ has a lot more controls than the Helios 69 and takes rather longer to wire up. The EQ in/out switch is more complex to wire up as well as it uses a separate pad. Building this has convinced me more than ever that reducing the amount of hand wiring would be a good objective. It's not much fun, it's hard to keep it tidy and it is prone to errors.

Now this module is complete I can mate it and the Helios 69 channel with the bus amplifiers and check out the basic functionality of the mixer.
Posted by ruffrecords at 04:13